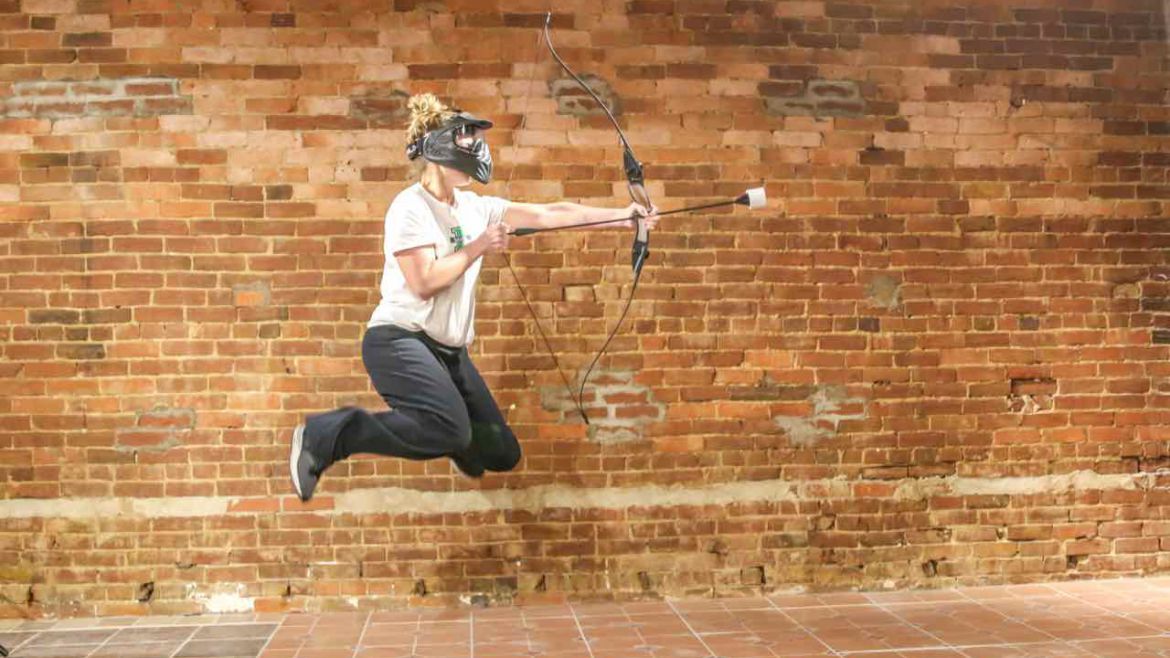 All the League Rules You Need to Know…

Make sure you are legit to play in the arena by signing your waiver. You can find the waiver on the home page of our site.

The total number of players on a team is 8.  Do note that only 4 players are allowed in the arena during a game. The reason for having 8 players is in case you have people who can’t show for a game.

Players may not be added to the team roster once the season starts.

FIELD OF PLAY AND OUT OF BOUNDS:

The Battlearium arena is built very close to the standards of Archery Tag/Combat Archery tournament regulations.

When you play in other arenas, you will find they are essentially the same as the Battlearium.

Starter Archery Wars – one hit and you are out, last team standing wins, 3 inflatable barriers, no respawns.  Time on the clock 8 minutes.  If the time expires, the team with the most players on the field wins.

Classic Archery Wars – one hit and you are out, respawn by shooting out a circle in the domino target, last team standing wins, 2 inflatable barriers. Time on the clock 8 minutes.  If the time expires, the team with the most players on the field wins.

Archery Wars Plus – one hit and you are out, respawn a team member by shooting out a circle in the domino target, catch an arrow and the shooter is out and choose a team member to respawn.

Last team standing wins. 1 inflatable. Time on the clock 8 minutes.  If the time expires, the team with the most players on the field wins.

Should the match go to game 4 and 5, the following games will be played in whatever order the referee chooses:

One hit and you are out, players who are out go to the out of bounds area behind the opposing team.

Players can be respawned by shooting out the circle in the middle target. Catch the arrow and the shooter is out and choose a member to bring back from jail.

Lob an arrow into the jail and if it is caught the player respawns.

If a player in jail touches a player from the other team with their hand the player is out and the person escapes from jail.

When respawning, a player must travel back to their side of the arena in the gray out-of-bounds area.

They may not shoot or be shot at until they enter the game on their side of the arena.

No barriers are used in this game.  Time on the clock 8 minutes.  If the time expires, the team with the most players on the field wins.

Get hit and you are out, no respawns, no targets, you must knock all three cans over for your team to win OR the first team out of players loses.  No barriers.  Time on the clock 8 minutes.  If the time expires, the team with the most cans knocked over wins.

In a case where time runs out and both teams have the same amount of cans knocked over, the team with most players on the field wins.

Overtime: Each team picks their best archer.  Each archery gets one shot to knock over a can on the other side of the arena.

Play continues until one team scores and the other doesn’t.

In the case of a match tie, each team will choose one player to play one Kick the Can game. One can will be used. One player per team. If a player is hit, the game is over.

Teams that cannot field a 4 person team for a match will forfeit.

PLAYERS ON THE FIELD:

Game play will consist of 4 players on the field.

The maximum amount of time a game can last is 8 minutes.

Between each game, there is a 3 minute break.  This time is to be used for the players to catch their breath, coaches to coach, and coaches to choose their next squad to play. It is the coaches job to make sure his team gets the full time allotted for the break.

Substitutions are not allowed.  The only reason of a substitution is in the case of an injury where the player needs to sit out.  This is the call of the referee.

If the referee says the player needs to sit out, then a substitution may be made.

A hit is a hit to any part of the body, bow or arrow of the player.  Ricochets do not count.

An arrow is considered caught if it is caught before it hits the ground, a barrier, or another player.

Even if the arrow hits you and you catch it, the arrow is considered caught.

When a player gets hit, they must go out of the game according to the game rules.

Players who are hit need to exit to their team base.  When leaving the game, a player must hold their weapon and their hands in the air to indicate they are out.

When you are hit, our expectation is that you will be an honest player and go out.

It is against the rules to shoot out the other teams dominos located on your side of the arena.

Unsafe play, throwing weapons or jumping over the barriers will result in a player being called out in that game.

The referee has the discretion of ejecting a player from a match for egregious unsafe play.  If you have a problem with another player, please inform your coach so he/she can solve the problem.  Your coach will inform the referee and conversations will be had to make things right between the players.

Shields and melee weapons are not allowed in the league.

We do grant exceptions for disabled players.

All players are required to wear a protective facemask.  Players may bring their own OR use facemasks provided by the Battlearium.

Teams must all be wearing same color.  Players that are not wearing the color of their team will be required to wear a Battlearium Penni OR bandana.  Coaches are encouraged to color coordinate their team.

Coaches are encouraged to name their teams and inform the referee of their team name.

MAXIMUM NUMBER OF ARROWS IN THE ARENA:

30 arrows will be placed at the center of the arena for each game.

The referee’s job is to keep the game fair and to enforce the rules of each game. Per the waiver that you signed, please do not argue with the referee over calls that he/she makes.

Each team has one free hour of practice at the Battlearium. The coach of the team needs to coordinate that with the Battlearium staff by calling or texting 304.208.8057.

Please be nice, generous, and courteous to the other players and referees.

Even if the referees are sticklers for the rules or you perceive them to be rude to you or your team, recognize that they are simply trying to do a really hard job and they are not getting paid enough to listen to your rants, missives, or complaints.

If you have questions about Adult Archery League and/or play at the Battlearium, please call/text us at 304.208.8057. 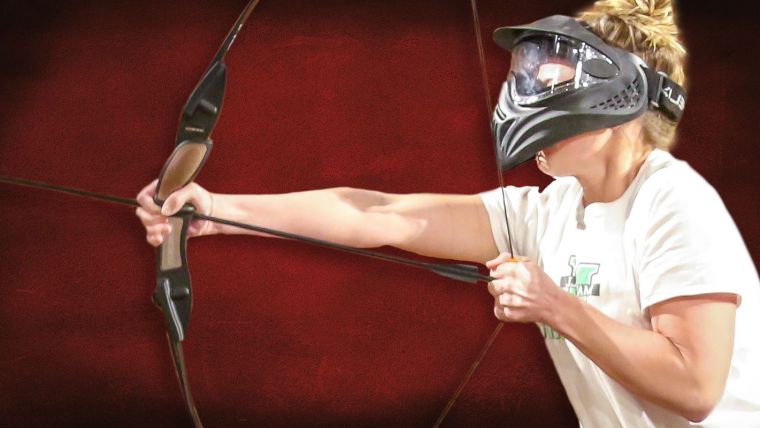 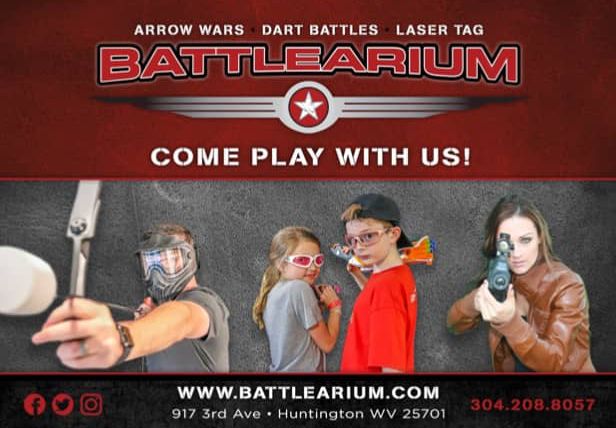 Top Things to Do Near Me