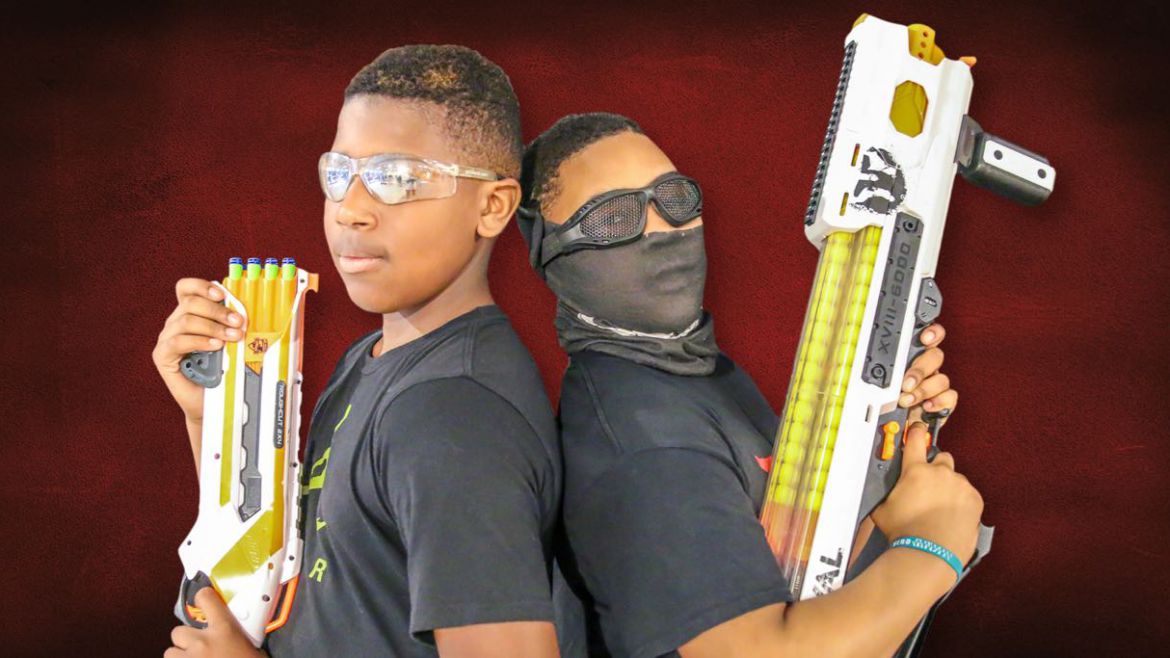 Everything You Need to Know for League Play.

Players may not be added to the team roster once the season starts.

A Team wins a game by collecting all 5 flags from the opposing teams base and returning those flags to their base.

There are five games to a match.  The winner of the Match goes down as the winner for league standing.

Teams that cannot field a 2 person team for a match will forfeit the game.

PLAYERS ON THE FIELD:

The maximum amount of time a game can last is 12 minutes.  At the end of 12 minutes the team with the most flags wins the game.

Between each game, there is a 5 minute break.  This time is to be used for the players to catch their breath, coaches to coach, and coaches to choose their next squad to play.

A hit is a hit to the body or the weapon of the player.  Ricochets do not count.

When a player gets hit, they must go to the referee and sit out for 45 seconds.  When walking to the referee, a player must hold their weapon with the muzzle pointing to the ceiling and their hands in the air.

After 45 seconds they will be allowed to re-enter the game.  The player must keep the muzzle of the weapon pointed at the ceiling until they touch their base before they can shoot their weapon or be struck by a dart from the opposing team.

Ignoring and Obvious tag (Think being tagged in the face and still playing on) and having the referee call you out will result in a doubled respawn timer.

Unsafe play, throwing weapons or jumping over the barriers will result in a player being called out and receiving a doubled respawn timer.

The referee has the discretion of ejecting a player from a match for egregious unsafe play.

If you have a problem with another player, please inform your coach.  Your coach will inform the referee and conversations will be had to make things right between the players.

Shields and melee weapons are not allowed in the league.

No transportation other than foot is allowed in the Battlearium during league play.

FLAGS ON THE GROUND:

A flag on the ground is live where it sits.  Once the referee blows the whistle anyone can pick it up and advance it OR return it to the base.

Players may only use one weapon in a game. By overwhelming popular demand, this season players are required to use Nerf Rival weapons. Any non-battery powered Nerf Rival weapon can be used in the game.  A player may bring their own weapon (as long as it is not modified) or they can use one provided by the Battlearium.  Players are encouraged to bring their own weapon (so they understand it and don’t have to ask the ref to help them with jams).

Coaches are encouraged to name their teams and inform the referee of their team name.  Currently teams are named Red, Blue, Green, and Yellow based on the Penni’s/Bandana’s the Battlearium has available.

MAXIMUM NUMBER OF DARTS PER GAME:

Each team is allowed 100 darts per game.  Those darts will be secured at each respective team’s base.  Players are only allowed to reload at their base.  Picking up darts on the field is not allowed.

Tournaments will be double elimination bracket format.  League standings will determine seeding for each tournament.  At the end of the season, the winner of the league tournament will be the league champs.  In the case of a tie in league standings, the team with the most overall points breaks the tie.

The Battlearium is an arena based business in Huntington, West Virginia. If you would like to play in our next league or would just like to come and play at the Battlearium, give us a call or text at 304.208.8057.

NEW – Bring Battlearium to You! 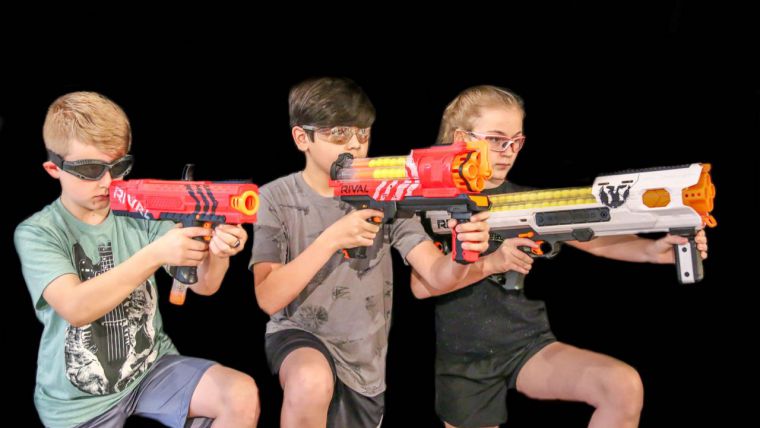 Plan Your Next Birthday Party with Us!